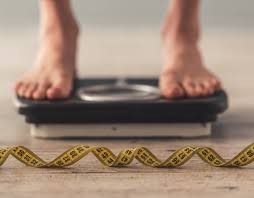 Anorexia nervosa may not depend on the body mass index and may occur in patients with normal weight, overweight or obese

According to a new study by researchers from UCSF, adolescents and young people with anorexia nervosa (AN), whose weight is within normal, overweight or obese, have cardiovascular and other health complications, like AN patients with low body mass index (BMI).

Atypical anorexia nervosa (AAN) — or eating disorder not otherwise speciﬁed (EDNOS) with AN features—includes all cases with clinically signiﬁcant symptoms, which completely fulﬁll the diagnostic criteria of AN: food restriction leading to weight loss, intense fear of gaining weight and "disturbance in the way in which one's body weight or shape is experienced." The single exception is that the weight of the patient with the atypical variant is within or above the normal range, despite significant weight loss [3].

In 2013, the DSM-5 (Diagnostic and Statistical Manual of Mental Illness, 5th Edition) officially put a name to these symptoms, calling it AAN. This diagnosis falls under the DSM-5 category of Other Specified Feeding and Eating Disorders (OSFED), which are the most prevalent among any eating disorder diagnosis.

According to Neville Golden, professor of paediatrics at Stanford School of Medicine, individuals struggling with AAN “can be just as sick medically and psychologically as AN patients who are underweight” but that they are “underrecognized and undertreated” [2].

Obese teens who adopt unhealthy behaviour - such as severe food restriction and extreme exercise - may initially be praised for weight loss or told not to worry about eating-disorder concerns because they aren't underweight.

"By the time they get to see us, they've lost a tremendous amount of weight, their vital signs are unstable and they need to be hospitalised," Golden said. The researchers used statistical modelling to determine which factors best-predicted illness severity. The amount, speed and duration of weight loss were linked with worse illness; body weight at the time of diagnosis was not, they found [4].

"Lower weight has been traditionally equated with more severe illness," said Garber, who is a professor of paediatrics in the Division of Adolescent Medicine at UCSF Benioff Children's Hospitals. "Currently, one-third of eating disorder admissions are patients with AAN at a normal weight or above [1].

The study, led by Andrea Garden, compared weight loss and illness severity among two groups of patients aged 12 to 24 who had been enrolled in a clinical trial upon admission to the hospital for treatment: 66 with anorexia nervosa, which excluded those who were severely underweight, and 50 heavier patients with so-called AAN.

The study showed that atypical female patients are just as likely as their underweight colleagues to stop menstruating, which is a sign of hormone suppression due to poor nutrition, which affects fertility and bone density. Both typical and atypical patients were exposed to electrolyte imbalance due to insufficient intake of sodium, potassium, calcium and chloride, which can affect the functioning of the brain, muscles and heart [1].

Patients in the atypical group received a significantly higher score in the questionnaire, which evaluated psychopathological eating disorders, which addressed issues such as the refusal of food and eating, secret calories and eating, and a feeling of obesity and discomfort when looking at the body, dissatisfaction with weight and reaction to be weighed. The total score of the atypical group reached 3.8 compared with 3 for a typical group. For context, estimates in community women are less than 1 [1].

Essentially, assuming that AAN is a less severe form of anorexia nervosa due to the lack of emaciation is unfounded and hazardous.

"Findings show that AAN is a real illness, not just a lesser form of 'pre-anorexia nervosa. Paediatricians and other primary care providers need to keep a watchful eye for patients with large or rapid weight loss, even if they were heavier, to begin with, and now appear to be 'normal.' These patients are just as ill as those with the traditional diagnosis of AN" Garden added [1].