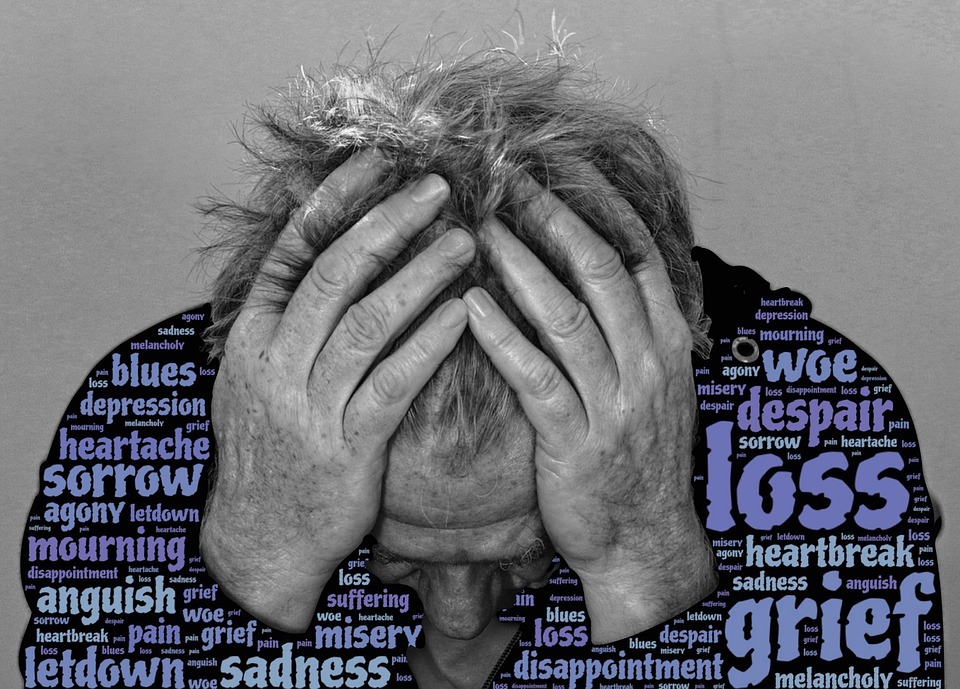 Grief tied to Death: Influence of the experience of severe grief on the development of diseases of the cardiovascular system

Influence of the experience of severe grief on the development of diseases of the cardiovascular system.

Dying of a Broken Heart Is a Real Phenomenon

The death of a loved one is a tragic and ultimately unavoidable experience that we all eventually face. Stories of spouses dying within days or even hours of each other are not uncommon. A recent study may explain why.

Researchers from Rice University, Houston, Texas, found that individuals who struggle to overcome grief caused by the loss of a loved one may experience levels of inflammation high enough to cause heart damage.

"Previous research using big samples found mortality was higher, heart attack was higher among those who are bereaved than those who aren't, but this is the first study trying to predict, among a group of bereaved, who were most at risk," said Christopher P. Fagundes.

The study included 99 participants who had lost their spouse no later than 14 weeks prior to assessment. Participants must have been married to their partner for at least 3 years before the loss. This was because bereaved individuals are considered "fully attached" at this point, according to literature concerning adult attachment [1].

Assessments consisted of a questionnaire packet, which was completed at the research facility or in participants' homes. Demographic, clinical, and anthropometric information such as weight, height, and waist measurement were collected. Nonfasting blood samples were taken between 7:30 AM and 11:00 AM to control for diurnal variation.

Participants were asked whether they had symptoms of illness, because illness could cause elevations in levels of inflammatory markers. The researchers also requested that the participants avoid strenuous physical activity for at least 48 hours prior to assessment.

To measure the severity of grief, the researchers used the Inventory of Complicated Grief (ICG).

The ICG measures 19 different grief-related symptoms and provides information regarding a set of symptoms that constitute complicated grief. The internal consistency of the 19-item ICG is high (Cronbach's α = 0.94).

The investigators considered individuals with ICG scores ≥25 to have a high degree of grief. Those reporting an ICG score at this cut point or higher had significantly worse mental and physical health, social functioning, and pain, according to the study findings.

The Center for Epidemiologic Studies Depression Scale was used to determine the prevalence of depression. Because of its close association with inflammation (α = .91), it was included in regression models as a control variable.

Whole blood cell cultures were used to measure cytokine levels. Cytokines are proteins that act as molecular messengers and that regulate various functions, including inflammation.

Inappropriate or excess production of certain cytokines can result in disease.

Researchers evaluated the cytokines as a composite; they then analyzed each cytokine individually. IL-6, TNF-α, and IFN-γ emerged as the proinflammatory cytokines related to greater levels of grief in both adjusted and unadjusted models.

The findings confirm that spousally bereaved individuals with greater levels of grief have higher levels of inflammation than those who experience less severe grief, said Christopher P. Fagundes.

Commenting on the findings for Medscape Medical News, Victoria Shin, MD, cardiologist with Torrance Memorial Medical Center, California, said that "broken heart syndrome is a real phenomenon. It's called Takotsubo, or stress cardiomyopathy." She said it has been linked with inflammatory markers and a surge of the stress hormone epinephrine in response to a stressful event.

According to the American Heart Association, Takotsubo cardiomyopathy can cause short-term heart muscle failure severe enough to be fatal.

Shin, who was not involved in the research, added that grief/stress increases stress hormones, which increase blood pressure and heart rate.

"Long-term, this causes hypertension, which increases stroke and arrhythmia in patients who are at risk. It can even trigger plaque rupture and induce a heart attack," said Shin.

"We know inflammation predicts later depression; so it could actually be used as a marker for that minority of people that can experience complicated grief that lasts much longer than what is normal," said Christopher P. Fagundes. He added that the study demonstrates that it may even be possible to target and prevent elevated mortality risk with treatments such as statins.

Also commenting on the findings for Medscape Medical News, Iram Kazimi, MD, and psychiatrist with McGovern Medical School at UTHealth in Houston, who was not involved in the study, explained that mourning that continues for an extended period without abating is called complicated or unresolved grief.

"Symptoms can include intense sorrow, blaming oneself for the death, and feeling like a part of them died with the loved one. This study provides crucial information furthering our understanding of grief as a distinct clinical entity and the unique risk factors it presents for cardiovascular diseases," said Kazimi.

"This study adds to the evidence of how powerfully the mind and body are connected and how much our close relationships matter for our mental health and can really impact our physiology in clinically meaningful ways," she added. [2]