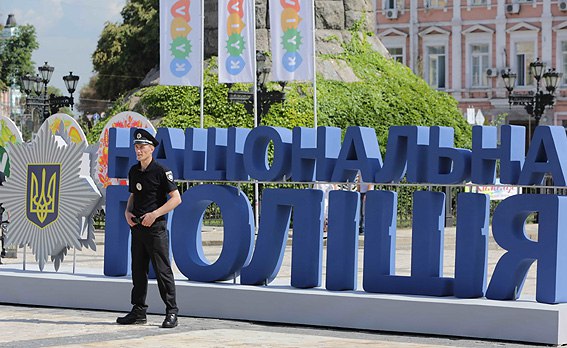 Background. Mental disorders prevention in specific professional groups is impossible without scientifically substantiated allocation of groups with increased neuropsychiatric and psychosomatic disorders risk. This fact indicates the need to study the gender, age and professional characteristics in law enforcement workers who already have problems with psychological adaptation.

Results. According to gender characteristics, the problems with psychological adaptation in men were significantly less pronounced than in women (φ*=1.79; p=0.37). These data were confirmed by the cohort calculation and risk measures results: men – 0.261, women – 0.349 (the psychological disadaptation risk in women was 1.3 times higher than men). There weren’t any statistically significant age differences between the representatives of both gender groups with psychological adaptation disturbances and healthy ones (φ* ≤1.19; p≥0.1). Among patients who suffered from psychosomatic diseases, were men over the age of 35 (φ* ≥2.28; p≤0.0001) and women over 26 years old (φ*= 2.16; p=0.014) prevailed. There were significantly fewer people among men with psychosomatic illnesses with 4-9 years of professional working experience than in a healthy group. On the contrary, there were significantly more patients in a law enforcement workers group with 10-15 years working experience than in the healthy one (φ*>1.73; p<0.0001).

Conclusion. The risk of mental health problems in female police officers is much higher than in men. Disadaptation development is not related to the age and length of working experience in the police. Men with working experience greater than 10 years should be included in the risk group for psychosomatic diseases.

Studies in professional adaptation have recently become particularly relevant in connection with an increase in a life intensity and in numerous biological and social factors that comprise a relationship between individuals and environment which effects on human adaptive mechanisms 1. The scientific data states that various and diverse medical, psychological, and social factors are playing a significant role in the etiology of mental maladaptation in the form of psychosomatic diseases and pre-morbid, pre-neurotic conditions 2.

The professionals working at the Ministry of Internal Affairs meet with social constraints, high neuropsychiatric and physical stressors, frequent and intense stress. The purpose of this study was to identify the groups with increased risk for mental adaptation disorders.

We conducted a detailed, differentiated analysis of the gender structure and prevalence of partial psychological disadaptation (PPD) and psychosomatic disorders (PsD) among police officers; studied the influence of such factors as the biological age, length of service in the police, duration of work on the same position on the individual’s psychological adaptation; the influence of specific gender and age risk factors on problems with psychological adjustment.

The selection of the respondents in the study was conducted using the Psychopathological Symptom Checklist-90-R (SCL-90-R) (Derogatis L.R. et al., adapted by Tarabrina N.V.) 3. The test has proven itself as a sensitive indicator of stress states and their psychopathological consequences in many studies. It allows evaluating the patterns of psychological symptoms in psychiatric patients and healthy individuals. The SCL-90-R consists of 90 points. Each item is evaluated on a five-point Likert scale from "0 - not at all" to "4 - very strong" depending on the symptom severity. The points are counted and interpreted in 9 main domains of symptomatic disorders: somatization (SOM), obsessive-compulsive (O-S), interpersonal sensitivity (INT), depression (DEP), anxiety (ANX), hostility (HOS), phobic anxiety (PHOB), paranoid tendencies (PAR), psychoticism (PSY); and three generalized second-order scales (distress indices): general index of symptoms severity (GSI), symptomatic disability index (PSDI), and total positive response (PSD).

In the individuals from PPD group with male gender statistically significant (p<0.001) larger scores were observed for all SCL-90-R questionnaire scales and for the GSI, PSD, and PSDI integral indicators in compare to the PsD and control groups. As for female gender, we saw the statistically significant (r=0.009) higher scores on the SCL-90-R scale in the PPD group in comparison with other two groups.

Thus, the gender composition of the study groups was as follows:

According to the results of φ* Fisher's transformation criterion calculation, the mental maladaptation prevalence gender features of police officers were discovered. Number of men with psychological maladaptation (n=339; 26.07%) was significantly (φ*=1.79; p=0.37) less than in female employees (n=115; 34.95%); on the contrary, number of apparently healthy individuals with male gender (962 people - 73,93%) was significantly more, than female gender (φ*=2.56; p=0.004).

The results of the comparison were confirmed by the cohort calculation data for the occurrence of psychological maladaptation depending on the gender identity: for men, the incidence was 0.261, for women - 0.349. Thus, the risk for development of problems with adaptation, both in the form of psychosomatic illnesses and PPD, was 1.3 times higher for women than for men.

The analysis of the association between psychological maladaptation and specific social characteristics using the partial regression criterion η2 has shown statistically significant relationships between the PsD/PPD occurrence frequency and such characteristics as age and experience in the police service (η2≥0.19; p≤0.03) in both gender groups of police officers.

For a detailed study of the specific factors influence on the occurrence of psychosomatic diseases and partial psychological maladaptation, was performed a comparison of their structure among police officers depending on gender (Table 2).

Within both genders, in none of the age groups there weren’t any statistically significant differences between the number of persons with PPD and HP (φ*≤1.19; p≥0.1).

When analyzing the age distribution of respondents (Table 3), it was shown that persons aged 26-35 years old with male gender had predominated in the PPD group (φ*≥2.02; р≤0.0001); as for female gender, statistically significant difference was not observed within the allocated age categories (φ*≤1.04; р≥0.1).

The results of the analysis suggest that the risk of partial psychiatric disadaptation doesn’t have age specificity for both genders of the study contingent. At the same time, older police officers were more likely to develop psychosomatic diseases; greater risk was observed in men over 35 and women over 25.

With further pairwise comparison of patients with PsD, depending on the length of service in the police, it was demonstrated that in males the least number of patients had a service record of 1-9 years, and the largest one - 10 years or more (φ*≥1.75, р≤0.043); within females there weren’t any statistically significant differences in the distribution by service duration (φ*≤1,49; р>0,1). A similar comparison of patients with PPD indicates the absence of an association between regular service time and the occurrence of psychological disadaptation (φ*≤1.53; p>0.1). Among the healthy individuals regardless of gender, prevailed employees with 4 to 9 years of service experience, and the number of young specialists with 1-3 years of experience (φ*≥1.7; p<0.0001) were the least.

It was found that in the control group (healthy individuals) the number of males who served in the current position for 1-3 years was significantly higher in comparison to PPD group (φ*≥2.15; p<0.0001). In the PMD group, there were significantly more such patients (φ*≥1.67; p<0.0001) than in the PSD group (Table 2). The number of employees who served from 4 to 6 years was significantly higher in the PsD group than in PPD and HP groups without statistically significant differences between them (φ*=0.18; p>0.1). Among females, there weren’t any statistically significant differences between the study groups depending on the length of service in the occupied position (φ*≤1.04; p>0.1).

In addition, the number of persons with experience in the current position for 1-3 years was significantly greater (φ*≥3.53; p<0.0001) in males from PPD group and females from HP group (φ*≥3,43; p<0.0001) in comparison to those who served 4 or more years. In PsD group, there were no statistically significant differences in length of service in the current position, regardless of gender (φ*≤1.62; p>0.1).